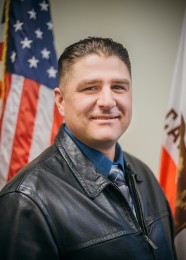 Trustee Frace began his law enforcement career in 2006 when he was hired by Lake County Sheriff’s Department where he worked patrol exclusively. In 2013 he was promoted to Sergeant and became the supervisor of the Lake County Gang Task Force, the Field Training program and the K-9 program. He was elected to the PORAC board of directors in 2009 to represent the Redwood Chapter where he represents Lake, Mendocino, Humboldt and Del Notre counties. In 2016 he became the PORAC Board appointee assigned to the Insurance and Benefits Trust of PORAC.

AFLAC has been available to all PORAC members since 1977 and provides financial support (cash) when things...

“Have to Buy” versus “Want to Buy”

Nobody wants to buy insurance. But it’s a have-to-buy item. If you’re like most people, it’s not...